Ethnicity is a leading risk factor in Brazilian COVID-19 mortality

The outsize impact of ethnicity as a risk factor in Brazilian COVID-19 cases has been highlighted in a paper authored jointly by the van der Schaar Lab, the University of Cambridge’s Department of Medicine, and a group of Brazilian researchers.

Brazil has, without doubt, become one of the major battlegrounds of the current pandemic. As of May 18, the country ranked fourth worldwide (second, as of May 27) for total COVID-19 cases and sixth for deaths, with the highest estimated rate of transmission in the world (R0 = 2.81), and a daily increase in confirmed cases and deaths second only to the U.S. This is both unfortunate and surprising, given the degree of forewarning offered by the initial spread of the disease outside the country.

The paper, which was published today, is the first quantitative and systematic study of its kind, and examines trends for in-hospital mortality among 11,321 COVID-19 patients in a dataset maintained by Brazil’s Ministry of Health. One of its key findings is that patients who self-identify as belonging to the country’s pardo and preto ethnicities exhibit significantly higher risk of mortality than those who self-identify as branco (“white”).

The Brazilian Institute of Geography and Statistics (IBGE) racially classifies the Brazilian population in five categories based on color. As in international practice, individuals are asked to self-identify as: branco (“white”), preto (“black”), amarelo (“yellow”), indígeno (“Amerindians”) or pardo.

The term pardo is particularly complex one and is used in Brazil to refer to people of mixed ethnic ancestries: pardo Brazilians represent a diverse range of ethnic backgrounds.

The authors postulate that the higher mortality risk factors among pardo and preto Brazilians have considerable social implications that must be taken seriously, since these groups have less economic security, are less likely to be able to stay at home and work remotely, and comprise a significant proportion of health and care workers. The survey also indicates that the states in the country’s North and Northeast macroregions are more vulnerable to the COVID-19 pandemic.

Since the country’s fractious federal regime and fragile socioeconomic situation are considered likely contributors to the substantial and unequal impact of the disease, the survey’s findings have been published in the hope of motivating the Brazilian government to respond urgently to these issues, while also sharing information that may help direct and align that response.

A summary of the paper is provided below.

The societal inequity of the impact of COVID-19 has been perceived as a trend in numerous countries worldwide, and there is emerging evidence to suggest that variability in the impact of the disease across ethnicities is particularly pronounced.

In Brazil, where the virus is spreading unchecked, commentators have observed (with substantial concern) what appears to be further evidence of socioeconomic, geopolitical and ethnic inequity, particularly given the country’s extremely diverse population.

These observations are confirmed to a great degree by the paper published today, which represents the first quantitative and systematic study assessing Brazil’s ethnic and regional variation in mortality from COVID-19.

The authors performed a cross-sectional study of COVID-19 hospital mortality using observational data from the Ministry of Health’s SIVEP-Gripe dataset, and present descriptive statistics to quantify the COVID-19 pandemic in Brazil.

The authors assess the importance of regional factors such as education, income and health either on a state-by-state basis and by splitting Brazil into a North and a Central-South region. Mixed-effects survival analysis was used to estimate hazard ratios for in-hospital mortality. Patient-level clinical features, including age group, sex, ethnic group and comorbidities were considered as fixed effects and geographical location (i.e. state of Brazil) as the random effect.

The study’s results show that, compared to branco Brazilians, hospitalised pardo and preto Brazilians have significantly higher risk of mortality. In particular, pardo ethnicity was the second most important risk factor after age.

The study also found that hospitalized Brazilians in North regions tend to have more comorbidities than in the Central-South, with similar proportions between the various ethnic groups.

Finally, the authors note that states in the North have a higher hazard ratio compared to the Central-South, and that Rio de Janeiro has one of the highest hazard ratios, similar to those of the more underdeveloped Pernambuco and Amazonas.

These results can be interpreted according to the interplay of two independent but correlated effects:

The authors speculate that the vertical effect is driven by increasing levels of comorbidity in Northern regions where levels of socioeconomic development are lower, whereas the horizontal effect may be related to lower levels of healthcare access or availability (including intensive care) for pardo and preto Brazilians.

This analysis motivates an urgent effort on the part of Brazilian authorities consider how the national response to COVID-19 can better protect pardo and preto Brazilians as well as the populations of poorer states.

Read the full paper on medRxiv.org

To find out more about the van der Schaar Lab’s work related to the COVID-19 pandemic, visit our dedicated page here.

Ioana Bica is a second year PhD student at the University of Oxford and at the Alan Turing Institute. She has previously completed a BA and MPhil in Computer Science at the University of Cambridge where she has specialised in machine learning and its applications to biomedicine.

Ioana’s PhD research focuses on building machine learning methods for causal inference and individualised treatment effect estimation from observational data. In particular, she has developed methods capable of estimating the heterogeneous effects of time-dependent treatments, thus enabling us to determine when to give treatments to patients and how to select among multiple treatments over time.

Given his humanities/languages background and experience in communications, Nick is well-positioned to highlight and explain the real-world impact of research that can often be quite esoteric. Thankfully, he is comfortable asking almost endless questions in order to understand a topic.

The van der Schaar Lab has once again set a group record for representation at NeurIPS—widely considered the world’s largest and most prestigious AI and machine learning research conference—with a total of 14 papers...

A first-of-its-kind COVID-19 analysis authored jointly by the van der Schaar Lab, the University of Cambridge’s Department of Medicine, and a group of Brazilian researchers has been published in Nature Scientific... 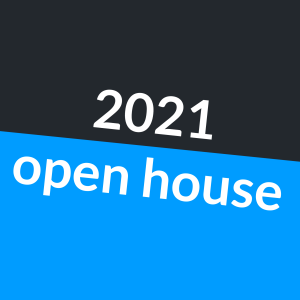