On October 6, 2020, Mihaela van der Schaar delivered a talk on AutoML and interpretability as part of a series of events hosted by Microsoft Research.

Her presentation is embedded below.

Abstract:
AutoML and interpretability are both fundamental to the successful uptake of machine learning by non-expert end users. The former will lower barriers to entry and unlock potent new capabilities that are out of reach when working with ad-hoc models, while the latter will ensure that outputs are transparent, trustworthy, and meaningful. In healthcare, AutoML and interpretability are already beginning to empower the clinical community by enabling the crafting of actionable analytics that can inform and improve decision-making by clinicians, administrators, researchers, policymakers, and beyond.

This talk presents state-of-the-art AutoML and interpretability methods for healthcare developed in our lab and how they have been applied in various clinical settings (including cancer, cardiovascular disease, cystic fibrosis, and recently Covid-19), and then explains how these approaches form part of a broader vision for the future of machine learning in healthcare.

Mihaela van der Schaar is the John Humphrey Plummer Professor of Machine Learning, Artificial Intelligence and Medicine at the University of Cambridge, a Fellow at The Alan Turing Institute in London, and a Chancellor’s Professor at UCLA.

The van der Schaar Lab's researchers will present a total of 5 papers at ICLR 2021—one of the largest conferences in machine learning. This is a record level of representation for the lab at ICLR, following a previous...

Our fourth Inspiration Exchange engagement session took place on December 3 and was attended by over 100 AI and machine learning students. 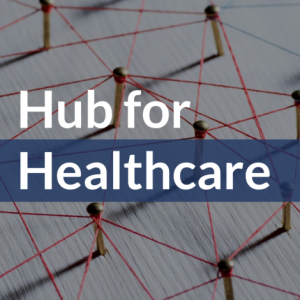